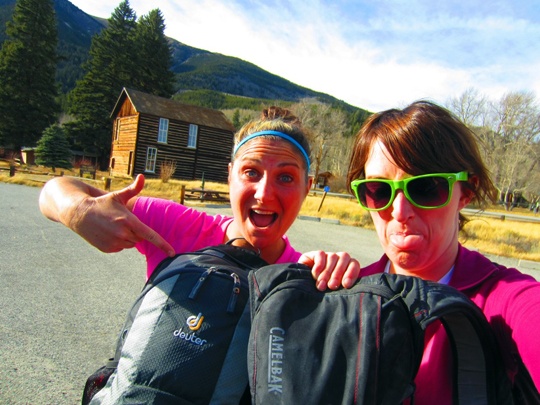 If I had to pick, I’d say mountain biking is my favorite athletic activity of all time. It simply makes me feel awesome. Balance is a big goal of mine and I feel like I achieve balance of many things when I’m out pedaling around on dirt. It’s nice to get out there, away from the hubbub, even if its simply a tiny pocket of freedom in our (sub)urban surroundings. It’s like that cross of being in the wilderness, yet still being able to mobile upload that rad picture of my silhouette wheelie-ing across a fallen log while a flying V of birds soars across the sunset sky…. Ok, that didn’t happen, but you get the idea. Mountain biking is that perfect balance of challenge and fun, sweat and smiles. 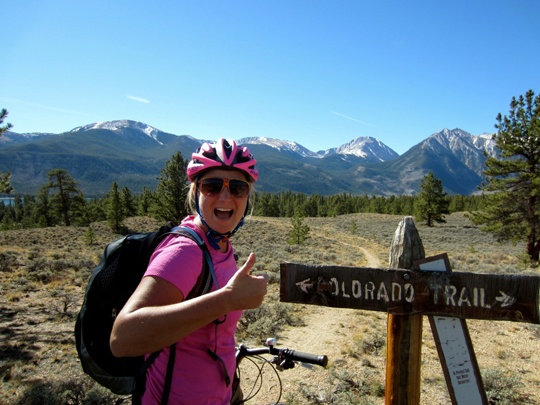 Sometimes when I ride bikes, I feel like I’m in a video game though I don’t even own a T.V. and haven’t played a video game since I got to level 739 in Tetris on my Gameboy in 2003. My bike takes me to a world I can only imagine must feel similar to Mario in the land of the trees. Swirling, jumping, turning, swooshing across obstacles. Sometimes those obstacles poke me in the arm, or make my legs burn, or even make me fall off. But this world of obstacles, with the wind in my face, and the symbiotic relationship of my body and my bicycle working together as one, is just simply beautiful.

I was having one of these perfect “video game, perma-grin” kind of bike rides one day in Twin Lakes, Colorado. Twin Lakes is about 25 miles outside of Leadville and has a population of approximately 368.5. The town consists of one general store, one “inn”, and a sweet trailhead. So, my friend Sara and I took off down the trail. We made our way around the two lakes, stopping here and there for silly pictures, snack breaks, and simply to gawk at the yellow aspen leaves and the fall snow dustings on the peaks nearby. It was simply… gorgeous. The weather was a perfect 60 degrees, the sky was a crystal clear blue, and the wind was barely there. 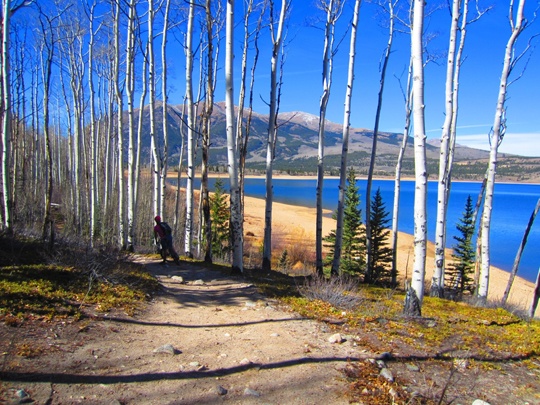 We finished the 15-mile loop with the perfect level of fatigue and a healthy dose of Mother Nature rejuvenation. Back at the car, we suddenly had a moment of stress…the car keys were nowhere to be found. Sara had somehow lost the keys out of her (ahem) Camelbak. We checked her pack, we checked mine (my Race EXP Air), we began to panic. 15 miles of trail, one key on a key hook. A needle in a haystack. We were screwed. We had no money, one working cell phone, and an urgent need to get back to Boulder ASAP for other commitments. After several calls to AAA and friends back in Boulder begging someone, anyone, to drive 3 hours to bring us the spare key, we had potential plans of a locksmith coming who-knows-when and my good friend Jen taking a little drive to bail us out.  In the meantime, however, we knew we had to backtrack the trail to see if we could find the keys. Sara was convinced they fell out early in the ride. The only thing I was convinced of was that Sara was an idiot for losing her keys. But, mistakes happen and friends are friends and so we rode the trail together….again. Miraculously, about 4 miles in, we and the keys were reunited. There they were, sitting right in the middle of the trail. Dance moves, hoots ‘n hollers and huge hugs were abundant. 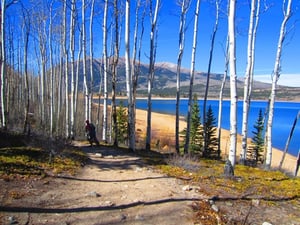 We got lucky. Well, I guess we got unlucky first. But then, we got lucky. The keys could have fallen into a sage bush. Or got pushed into the dirt. Or someone could have turned them in to the local store while we were out looking for them. Or a bear could have eaten them…perhaps. To be honest, it was a pretty uncomfortable couple hours of panic. But now, looking back, a pretty hilarious story. I’m sure we’ll be talking about “that day” for a long while.

On that day, balance was in full effect: with every up comes a down. On that day of both good and bad, we learned three very important lessons:  1) always have friends nearby to bail you out of a pickle. 2) trust your instincts: if you think you know where the needle in the haystack may be, you might be right. And 3) always always ALWAYS put your keys in a Deuter pack for safe keeping. Happy trails!

Getting Psyched for the Ski Season with the Descenter EXP 22

In Tahoe, and most of the lower 48, last winter barely happened. Our resorts opened around...
Read More

Pumping and Jumping in Moab

Spring training has begun! As one of the coaches of Moab’s high school mountain bike team, we...
Read More

Searching for Powder in Alaska