The Perfect Pack for Island Hopping -- The Deuter ACT Trail 24

Going on multi-week kayak expeditions, I need to carry a backpack small enough to fit in the kayak’s stern hatch yet big enough that I can go on day hikes with camera gear, food, clothing and survival essentials. The Deuter Act Trail 24 is the perfect fit. It has been with me while kayaking in Alaska and British Columbia last year and more recently down south in Baja, California. 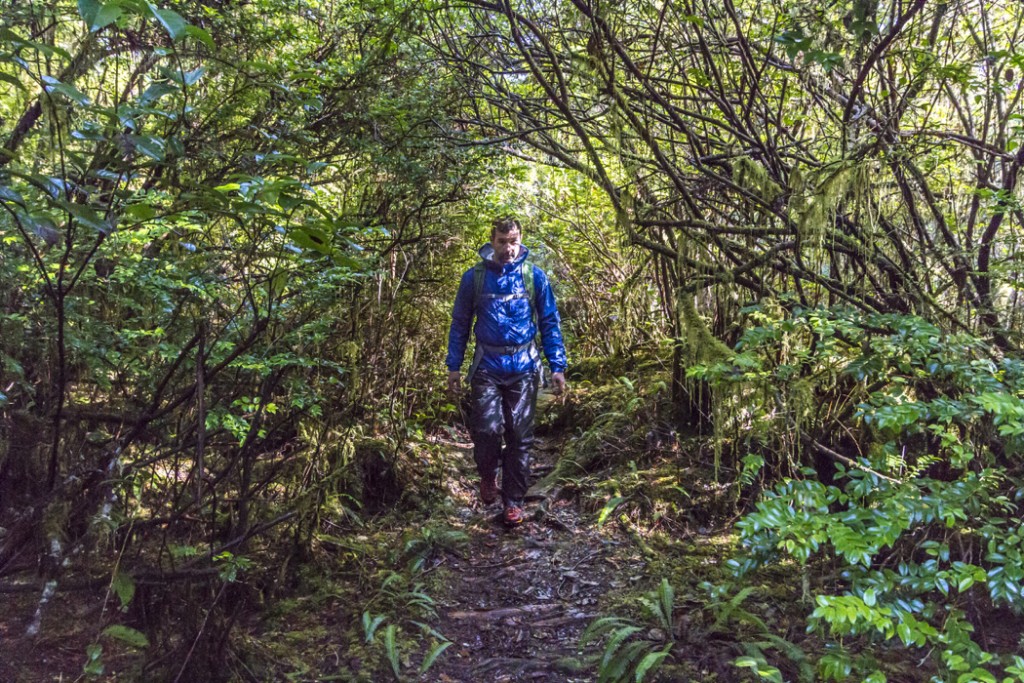 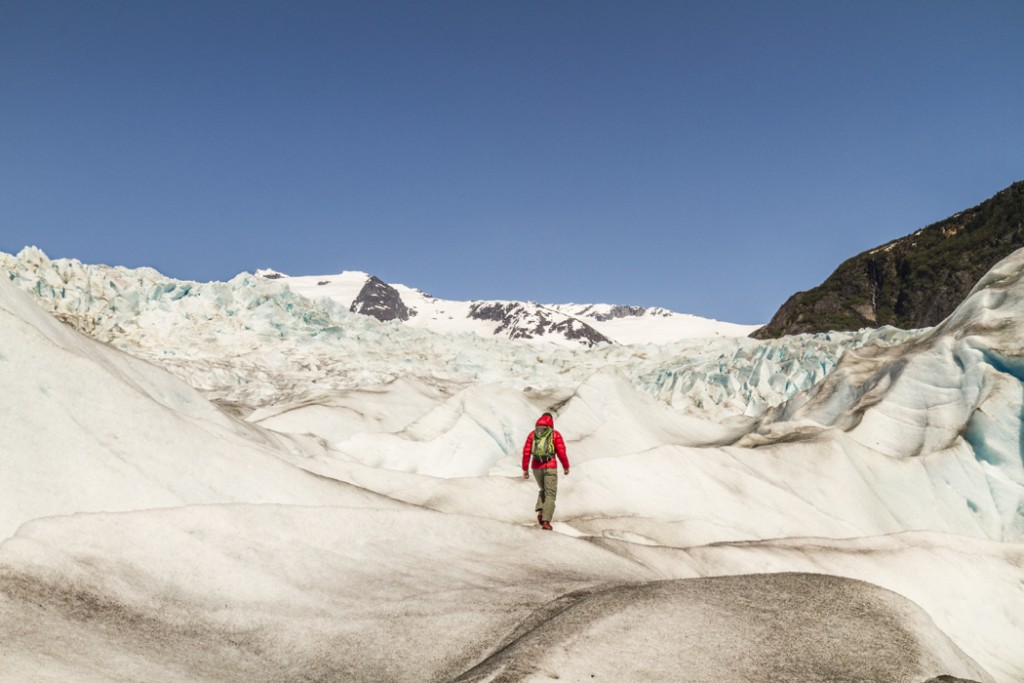 Originally known as Sitaantaagu ("the Glacier Behind the Town") or Aak'wtaaksit ("the Glacier Behind the Little Lake") by the Tlingits, the glacier was named Auke (Auk) Glacier by naturalist John Muir for the Tlingit Auk Kwaan (or Aak'w Kwaan) band in 1888. In 1891 it was renamed in honor of Thomas Corwin Mendenhall. It extends from the Juneau ice field, its source, to Mendenhall Lake. Since 1958, the glacier has receded 1.75 miles and over 2.5 miles since 1500. In the recent years, tree stumps and logs with roots and bark still attached have been appearing from under the glacier as it has been retreating. These pre-glacier trees have given scientists much information about what the region's ecosystem was like thousands of years ago. 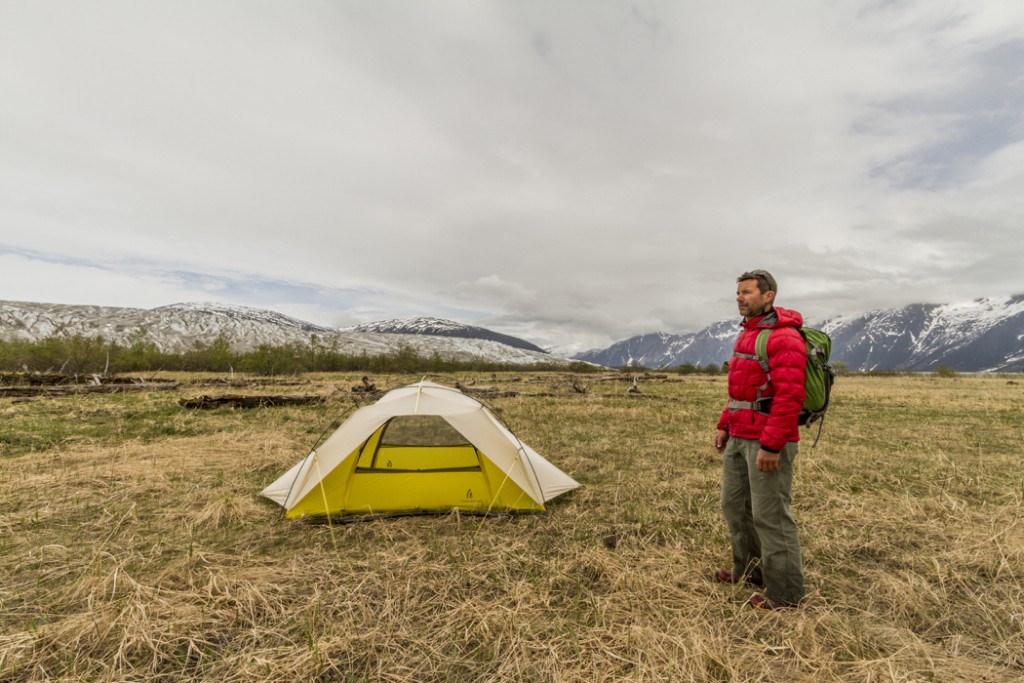 Up the Taku river, the Taku glacier was first named Schultze Glacier in 1883 and the Foster Glacier in 1890. Taku is the word Tlingit natives have been using for the glacier for centuries and is now the official name. It is the largest glacier in the Juneau ice field and one of the southernmost tidewater glaciers (valley glaciers that flow far enough to reach out into the sea) of the northern hemisphere. It is thought to be the deepest and thickest glacier known in the world, at 4,845 feet thick. 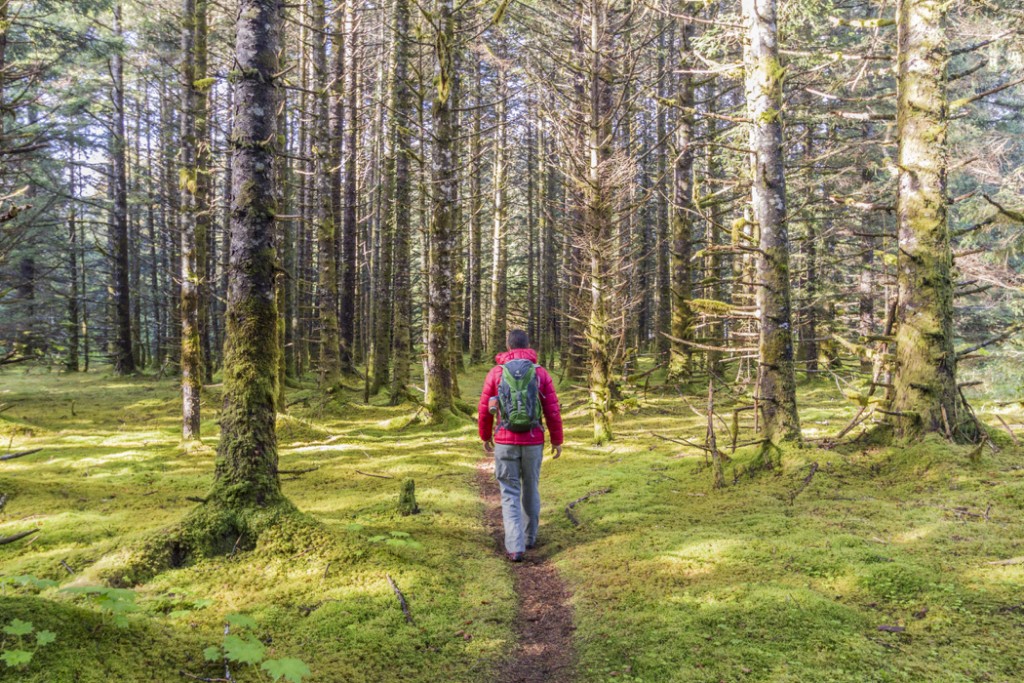 In 1892, Afognak Island was identified as one of the nation's first conservation areas. It was originally designated as the Afognak Forest and Fish Culture Reserve because of its outstanding wildlife and salmon habitat value. In 1908 it was reclassified as part of the Chugach National Forest, then transferred in 1980 to native corporations through the Alaska Native Claims Settlement Act. The island is known for its rugged topography, dense old-growth Sitka spruce forests, and salmon spawning habitat. It is also home to the Kodiak brown bear, the Sitka black-tailed deer, the Roosevelt elk, and the endangered marbled murrelet.

Kodiak is the ancestral land of the Sugpiaq, an Alutiiq nation of Alaska Natives. The original inhabitants subsisted by hunting, fishing, farming and gathering. Kodiak Island was explored in 1763 by Russian fur trader Stephan Glotov. The first outsiders to settle on the island were Russian explorers under Grigory Shelekhov, a fur trader, who founded a Russian settlement on Kodiak Island at Three Saints Bay near the present-day village of Old Harbor in 1784. The settlement was moved to the site of present-day Kodiak in 1792 and became the center of Russian fur trading. Following the 1867 Alaska purchase, the island became part of the United States. Americans settled there and engaged in hunting and fishing. 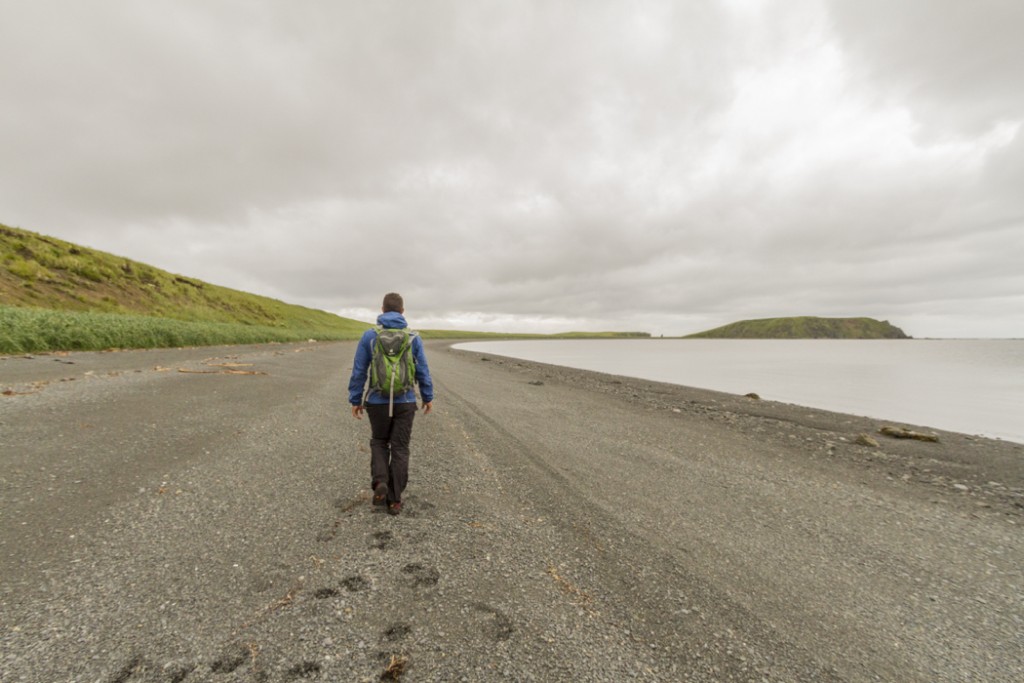 Aiaktalik Island is one of the Trinity Islands, at the southern end of the Kodiak Archipelago at the tip of the Aliulik Peninsula. It was once home to the village of Aiaktalik, one of Kodiak’s largest Alutiiq communities. The village had about 400 residents in the late eighteenth century, and was located on the shore of Aiaktalik Cove on the island’s north side, facing Russian Harbor on adjacent Kodiak Island. In the Russian and American eras, Aiaktalik was a base for sea otter hunting, and in the American era it also was a center of fox farming. With the collapse of the fur trade, and a devastating flu epidemic, Aiaktalik people suffered many hardships in the early decades of the twentieth century. The last families left Aiaktalik during World War II, when the local storekeeper, a Japanese man, was sent to an internment camp and his store closed. 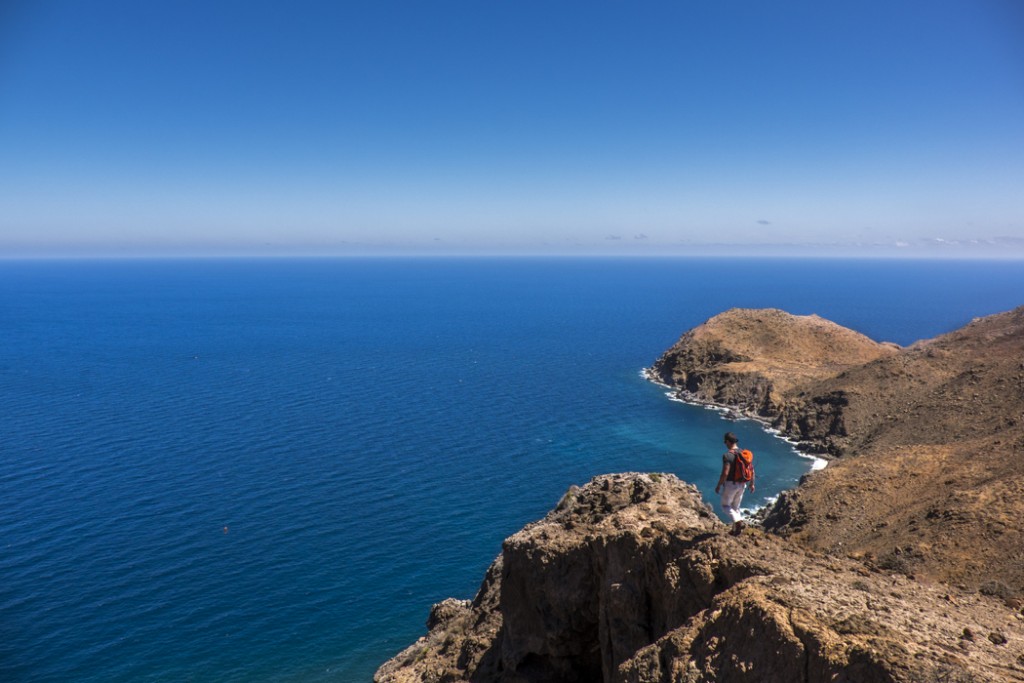 Isla Espiritu Santo is located about 20 miles (30km) north of LaPaz. In 1535, Hernan Cortes named the island, Isla de Las Perlas (island of pearls) after the rich oyster beds found in the surrounding waters. In 1632, it was renamed, or actually baptized, Espiritu Santo (Holy Spirit) by Francisco de Ortega. Geologically, the island is a pure jewel, a marvel of nature. Composed of red, rose yellow, white and black volcanic strata, mud flows, and tuffs, all layered over granitic, its east side features impressive cliffs towering hundreds of feet high with large sea caves at their feet, while the island’s west coast is a jagged landscape formed of several long inlets, crystal emerald waters and shallow bays. 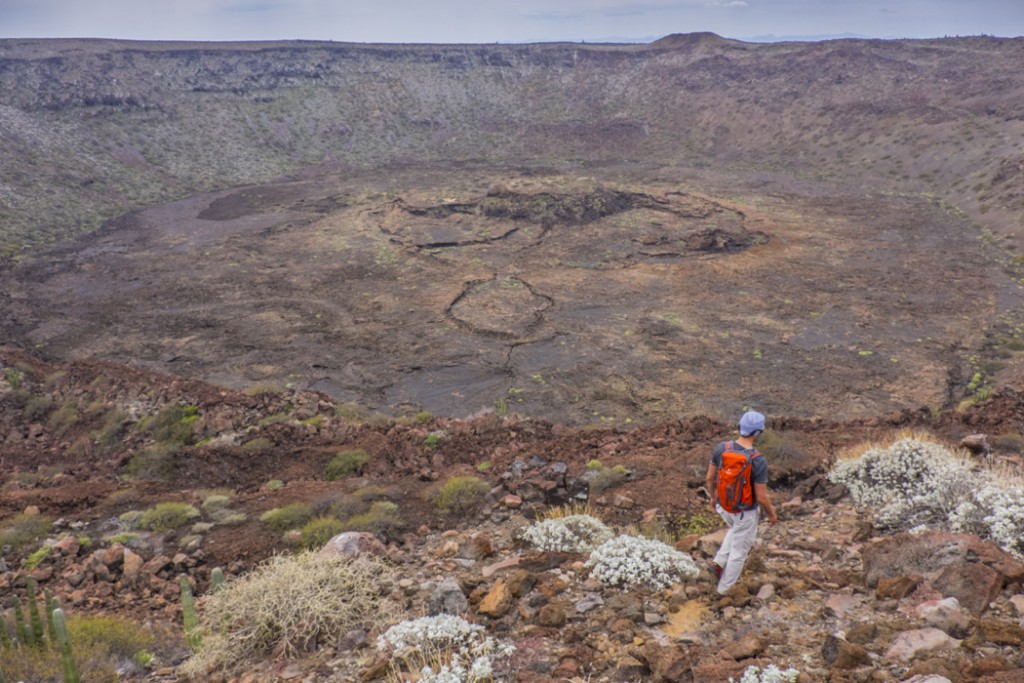 Isla Tortuga volcano is a young – in geologic terms – basaltic shield volcano located 40 kilometers off the Baja coast in the Gulf of California, east-northeast of the city of Santa Rosalia. The summit caldera, about 100 meters deep, contains frozen lava and several cinder cones from probably relatively recent eruptions. Lava flows cover most of the volcano's flanks. The Tortuga Island rattlesnake (Crotalus tortugensis) is endemic and found nowhere else but on this island, where it is found everywhere except in the caldera of the volcano.

We may have an idea of how something feels, such as rock climbing or skydiving. Maybe we saw it in...
Read More

Ode to Spring: A Season for Any Activity

Something seemed to awaken inside me as I drove my station wagon up the dusty, bumpy dirt road at...
Read More