Backpacking Happens In Winter Too -- Grab Some Snowshoes

Backpacking season doesn't end when the snow starts falling. It just means there's extra gear to pack. And if I'm going to carry extra gear I want a great backpack.

We started well after sunset with snow falling lazily from the dark sky. Four of us planned to snowshoe up from Snoqualmie Pass to spend the night on a knob overlooking the Pass. It's a perfect destination as it combines an adventurous ascent (especially in the dark) and easy access back down in case anything went sideways. 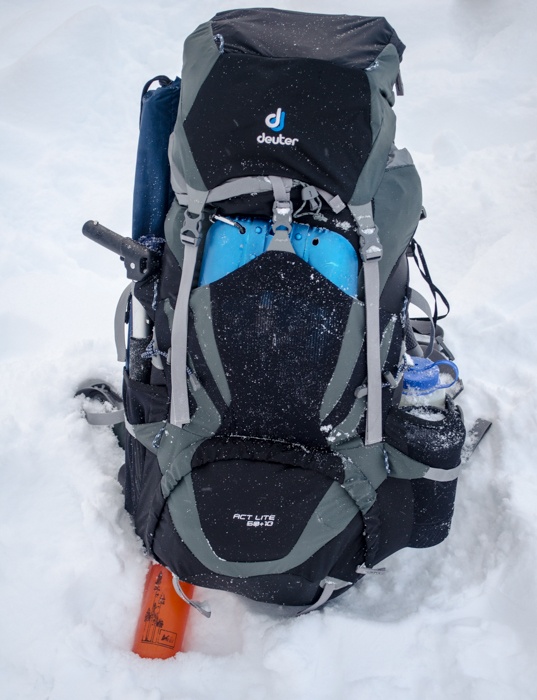 What You'll Need For Winter Backpacking

I had everything packed into my Deuter ACT Lite 65+10. What is everything? 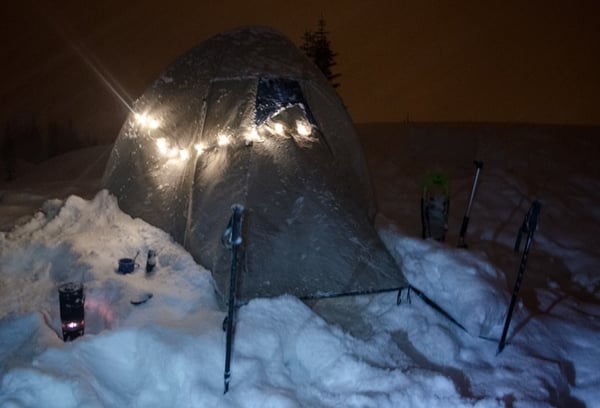 One of the reasons I really like this pack is it can expand to hold a whopping 75 liters of gear, but does equally well with a much smaller load thanks to straps that can be cinched down to keep it from flopping around.

The climb up wasn't long, but parts are exceptionally steep, which makes for tough backpacking if you're not well outfitted. Snowshoes with heel lifts were definitely a win and skis with skins didn't work quite as well. (The skis made up for it on the way down, though.) When we reached our camp spot we packed down platforms for tents, started melting snow, and enjoyed the camaraderie that exists between adventurers crazy enough to camp in the snow.

The next morning we woke to eight inches of new snow on our tents. Everything we left outside overnight was buried. Our footprints from the day before were erased, or at least muted, and the world was still. 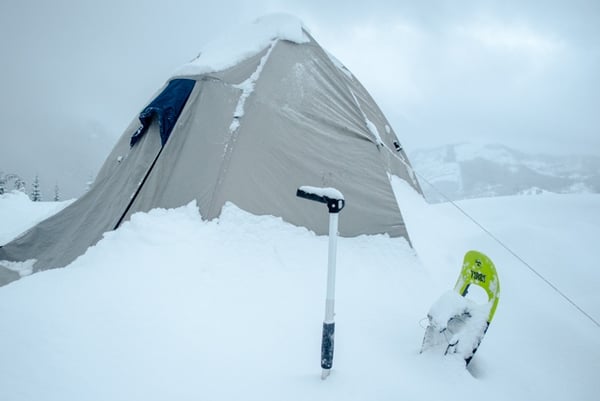 Packing before the trip had been an exercise in careful placement with a Tetris-like goal of maximizing space. Preparing to head down, everything was just crammed into the pack. I knew that when I arrived home everything would be strung up in the garage to dry, so getting some of the gear wet that was supposed to stay dry was no big deal. (Plus, stuffing is a lot easier than careful packing when your fingers are in big gloves.)

The weather wasn't perfect, but there's nothing like a snowshoe backpacking trip. 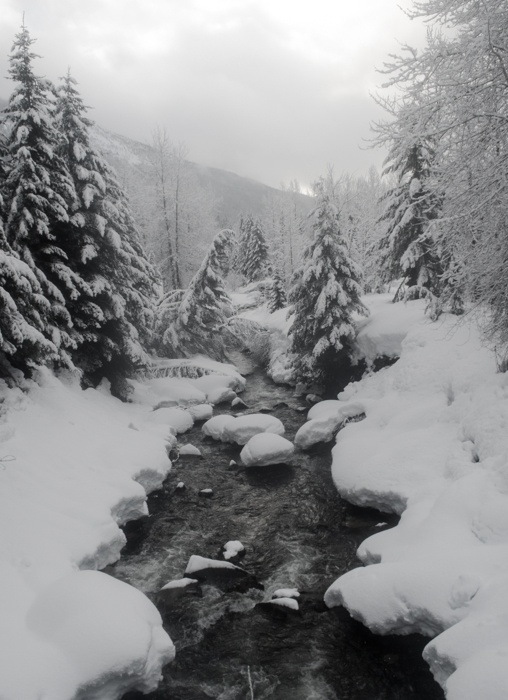 Before you jump headlong into your first snovernight and trek far from your car make sure you've tests your gear by doing a few close-in nights. Don't forget to have an insulated sleeping pad and most importantly, have a pack that's comfortable and spacious enough to carry everything you need. A cold night isn't something you want to endure just because you couldn't get everything into your pack.

Four Days Down the Paria Canyon

There is nothing better than heading out into new backcountry. Actually there is something better:...
Read More

Anyone who lives and skis in California or the Pacific Northwest knows that a "good" winter has...
Read More

Now on the cusp of eight years old, Kieran has traveled in and with Deuter kids packs since he...
Read More