Road Trip With A Guide 35+ To The South East 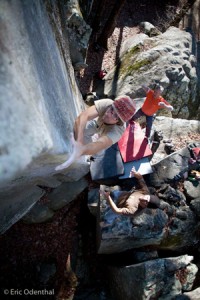 It's time to get on the road for a road trip this winter. Where do we go, who brings what, and how do we make it happen. Driving the truck seemed like the most logical way to see the country on our journey out East. Our goal is to get to climb as many areas around Chattanooga, TN as we could in the few weeks we have. I’ve heard it’s amazing and had to see it for myself.

The guide season for my business Windgate Adventures in Moab came to a close for the season just after Thanksgiving. The winter was about to hit the desert and end the climbing season. We loaded all of our gear into the truck…pads, climbing shoes, packs (I’m a huge fan of the Deuter Guide 35+ for trips like this) and everything else we had in the mix.

I met up just after Thanksgiving with two friends in Southern California. One buddy is a peddy cab driver in San Francisco, and the other works on Yosemite search and rescue. I was and have been so psyched, we are all psyched to climb this entire year and have been training for the sloping holds of the SE by climbing the crimps at our local crags.

Out first stop was at an area in central Alabama called, Horse Pens 40. The new guidebook showed up a few days before we took off. Hearing of this place for so many years from friends, saying it is some of the best in the country had my ears ringing.

After our 30+ hours of driving, with stops to climb in Little Rock, Arkansas and somewhere in Texas, we made it to the Appalachian forest, to the home of the HP40. We ran out of the car like it was our first climbing trip. We grabbed our gear and made our way to the classic Millipede boulder. Bumboy was the first thing we jumped on and it spit us multiple times. It was going to take some time and skin to get used to this place. That night after a few hours of climbing our fingertips were a little raw, but we couldn’t wait for the sun to make it’s way around again.

The lines were proud, burly and rounded, and there were many of them. The most classic problem that we did was the arête called, Mortal Combat. Now I like highball boulder problems, but when there a massive pit below that you could fall into, it adds a little bit of a thrill.

We padded the landing and started working the problem. I popped off on my first go, not really trusting the foot to go to the top.  After getting psyched I finally committed to the top out, and somehow made it. So psyched! What a rush! 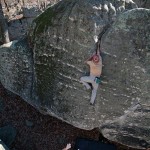 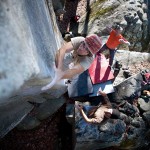 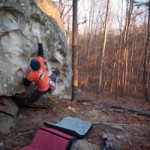 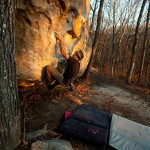 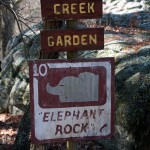 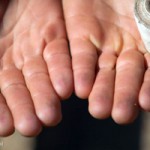 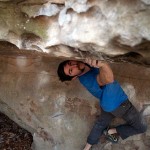 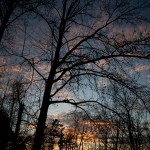 So many other problems were climbed and tried before we headed North after 3 days. The skin on my hands was raw, but the rain was coming in, and you know how that goes…a rest day would have to wait. Our first day in Chattanooga we headed to this area called Little Rock City near Soddy Daisy, TN. I’d heard mixed reviews of this place, but couldn’t believe how insanely stacked this place was. Endless mega problems on all boulders, on some of the best rock I have ever touched. We got after it, mostly falling on the final moves of the classic slab problem called Space. This problem is 20 feet, with no holds…you climb a blunt arête, squeezing your way up and finally slapping to the top. Unreal!

Today it’s raining as I’m watching boats on the Tennessee river flow by…waiting for the skin to heal and for the rock to dry. This coffee isn’t helping. HA!

Deuter In The Third World

We survived our first trip to a developing country with kids thanks to good weather, good luck,...
Read More

Across the Country with Cargo Bag EXP

After spending the first 26 years of my life living on the east coast, my career as an elite...
Read More

Cruising The Winter Carnival With The Deuter Kid Comfort III

Who says winter has to be a string of cold, grey, dreary days? If you keep your eyes pealed and...
Read More