Offwidth Education: Climbing in The Voo

As my girlfriend Jacey and I dodge another semi and crest a rise on northbound I-80, we can see our climbing destination. Among the vast rolling grasslands of Wyoming, just across the border from Colorado, lies Vedauwoo. The Voo, as it is frequently called, is known for its precariously perched outcroppings of sharp crystalline granite. Among climbers, The Voo is considered an offwidth meca of sorts. The aggressive texture of the rock and oddly spaced cracks create the perfect testing ground for the vertically inclined. On this particular weekend we’re back to continue exploring the infinite number of routes in this windy little wonderland.

Soaking in the view on top of Valley Massif, one of the more remote zones in Vedauwoo.

Even though I grew up climbing, it was not until recently that I was introduced to offwidth climbing. It is a style all it’s own and can outwit even the stoutest climbers. After my first weekend spent brutalizing myself on the body-wide chimneys and razor-sharp handcracks, I begin to acquire the knowledge I needed. For example, the best way to properly tape up my hands, the importance of long pants, and how to get my body squeezed deep in a seam and more importantly how to get it back out. Since that first tantalizing weekend, Jace and I make the 2-hour trip north from Boulder any chance we get. 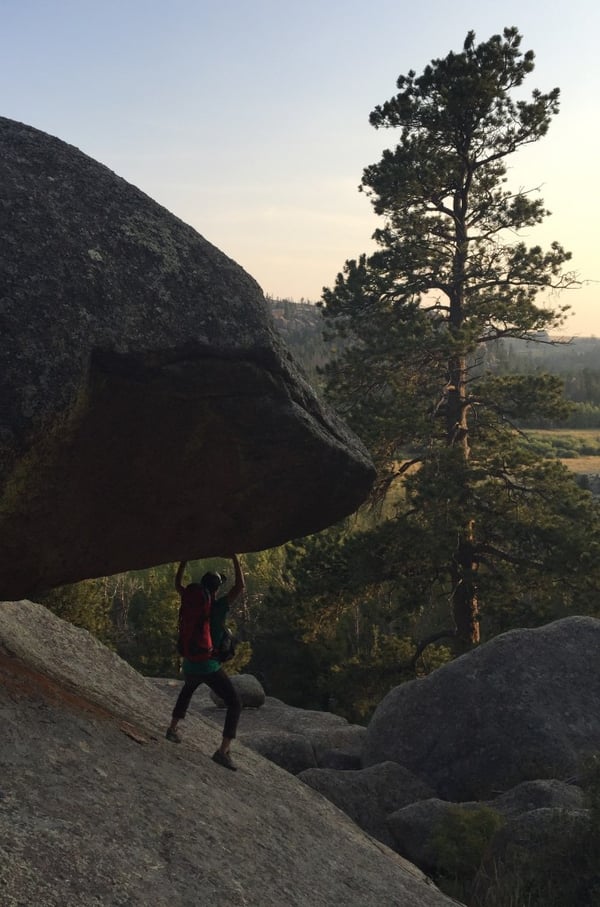 Heading back to camp at sunset, feeling invincible.

The importance of proper technique, apparel, and a stubborn mindset became apparent fairly quickly. But all I can think is that the ones who pioneered Vedauwoo back in the 70’s were masters of their craft -- when it comes down to it, offwidth climbing is an art. An art that with each completed pitch I have become more and more intrigued by. Albeit it involves shoving my body in places that at first glance seem it will assuredly never fit, and contorting my limbs in ways I never thought possible. I somehow make it to the top and though beaten, bloodied, and battered, there is still a smile on my face. 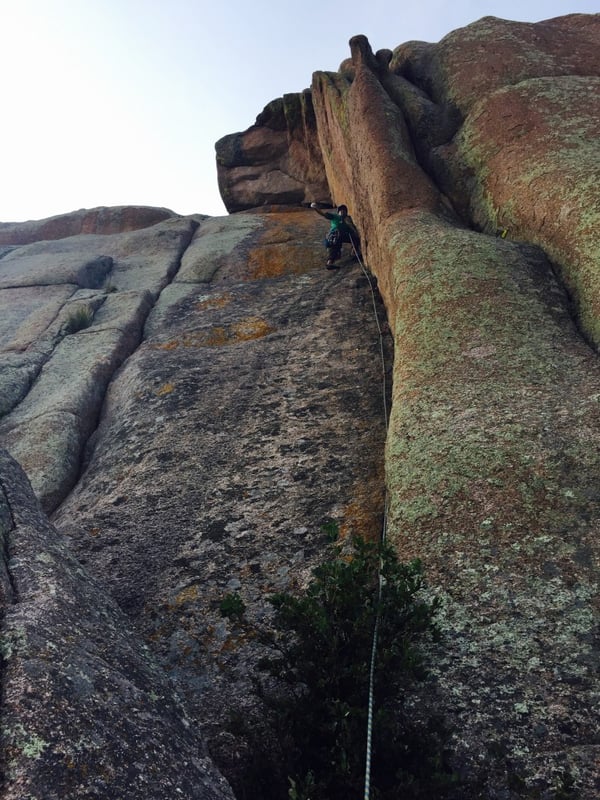 Past the crux on a run out little finger crack dihedral.

My packs of choice for a weekend in The Voo:

Guide Lite 32+ -- Big enough to haul all the gear and sturdy enough to hold up to the abuse, but without any of the overkill. My go-to for any day trip whether it be climbing on rocks or sliding on snow.

Speed Lite 10 – Great for rolling up and throwing in the big pack or loading up with snacks when the approach isn’t too long. If you have a multipitch in mind for the day or just want some cold sunset beverages at the top of your last climb, this little guy does it all.

Feeling the FOMO? Confessions of an Industrious Outdoorsman

The outdoor community can be summed up in one word…extraordinary. Countless passions blend...
Read More

We're pleased to announce the addition of two stellar moms to our robust group of family...
Read More