Leading in Zion: Thoughts on Women in Climbing

I don’t know what it is about Zion that’s so captivating to me. Perhaps it’s the feeling of being on another planet, or the long wall routes of endless sandstone that tower over you, inviting curious climbers to test their ability. Perhaps it’s the local vibe, from the Springdale Candy Company owners (a lovely couple from the midwest) to the adorable tchotchke shops with trinkets for all.

Either way, Zion is made of some kind of magic and a place where magic happens.

I’d visited a handful of times, but had never done any big multi-pitch climbing with another female partner. That wild realization came to me atop Shune’s Buttress, a classic six pitch climb located at Red Arch Mountain. 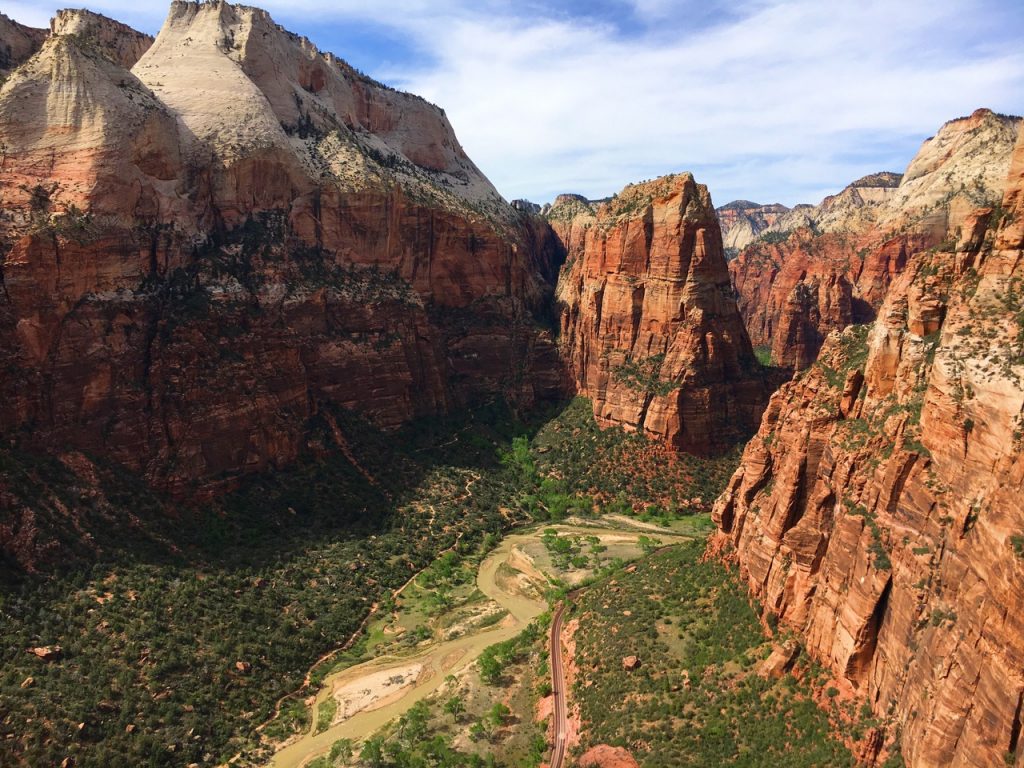 When I first moved to Colorado, I sat across from Sarah Malone at a girls’ night out, sharing drinks and relationship blunders. I was leaving for Africa shortly, but we agreed to climb Crack of Fear together when I got back (a notorious Lumpy Ridge off-width that is every bit as mean as it sounds).

We set a date and climbed upon my return. It was as easy as it sounds—no back and forth or fear of the other person bailing. It was refreshing to have met a climbing partner who knows how to make a plan and get after it—I felt lucky.

On top of being a reliable and skilled climbing partner, Sarah quickly became a great friend of mine. So it surprised me a little when I realized that all of my bigger multi-pitch climbing partners had been male. 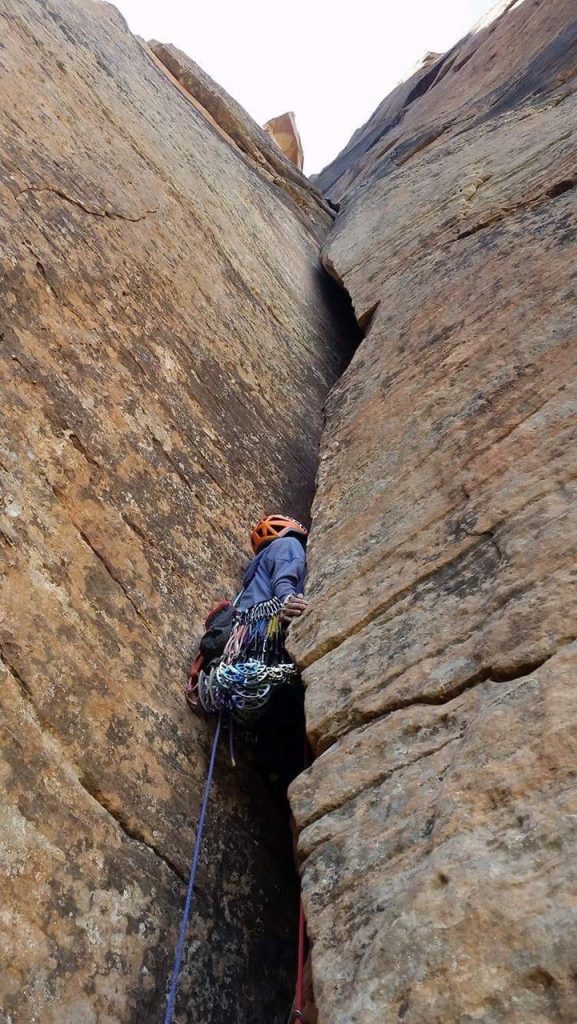 We jived well and knew each other’s systems. Our first day, we climbed Shune’s Buttress. We made it to the top in early afternoon, enjoying a summit sandwich and delighting over every pitch. With several wide pitches under our belts, Sarah and I agreed the off-width felt much easier than anything we’ve done together (and let’s face it—nothing will ever feel as bad as Crack of Fear).

The following day, we got a late start and hiked up to the Confluence around 3 p.m. Slogging away in the beating sun wore us both out, but Sarah styled the first two pitches and I linked three and four. (FYI, the individual pitch ratings for this climb are all over the map.)

And finally, we attempted The Silverback, if not for the name then for the sweet Silverback pitch that required a number 4, 5, AND 6 cam (be still, my heart!). It’s safe to say that we'll never climb the Munge Tower again and Sarah has potentially been traumatized by all squeeze chimneys forever. Exhausted from insecure whinging and groveling, I took the 5.7 section and then we flipped the rope in order for me to do The Flare. 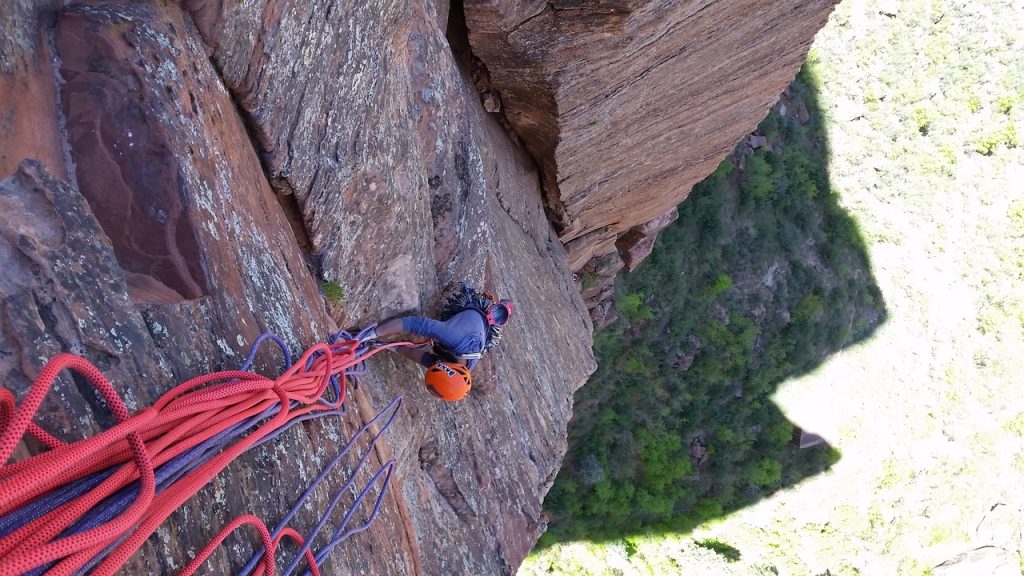 It’s amazing what your body is capable of when your brain is pushing.  After a wider bolted section, I looked upward at more bolts that always seemed to be several inches too high.

“Watch me!” I called down to Sarah often, calculating my next move, each one becoming more technical than the last. Finally, after stuffing my tiny fingers into a crack that would only take a blue Alien cam, I problem-solved the last piece of the puzzle to gain an OK-ish jug. Eventually, I reached the quick link anchor, threw the rope into the chains, and breathed a sigh of relief.

After belaying Sarah up, I congratulated her and asked, “Can I tell you how I’m feeling because you’re my friend and my partner?” She nodded and I said, “I’m freaking wiped, man. We can do the next pitch if you want to lead it, but I don’t know how I’m feeling about two stacked 5.12s above us. Off-width and killer fingers..."

We retreated to the ground for ice cream and dirty chai and nobody regretted that decision. Silverback, we will be back one day for you.

At Meme’s, the barista chuckled that I was still wearing my tape gloves. Sarah had taken hers off in the car. Barista guy offered me a knife to cut mine as we glanced at a menu, explaining that if I cut them, I wouldn't be able to save them for later (well, duh).

Maybe I keep them on hours after descent because I'm proud I've just gotten back from climbing and I need to show it off, or maybe I really am lazy and sometimes wearing tape gloves gets you out of washing dishes at camp.

We sat and ordered beverages and I unwrapped the tape and rubbed my raw wrists. Barista guy asked us if we’d just gotten down from The Headache. Sarah later informed me that while The Headache wasn’t necessarily a “noob” route, it was something a lot of moderate climbers get on when visiting Zion.

Not having heard of the route until Sarah told me about it, I overlooked that and immediately shook my head. “No, we just tried Silverback! What a route. The climbing on that first 5.11 pitch is unreal!” and we snowballed into more climbing conversation.

“What else did you guys climb? Have you done Monkey Finger? Moonlight Buttress is great this time of year. Do you only climb on gear? Spain has amazing sport climbing.”

Driving home to Cedar City, Sarah asked if I’d noticed the way his eyes lit up and tone had changed back at the coffeehouse. I hadn’t. I was too excited to talk more climbing spray.

But as Sarah continued to explain to me, it slowly dawned on me that it was indeed a classic “dude response.” 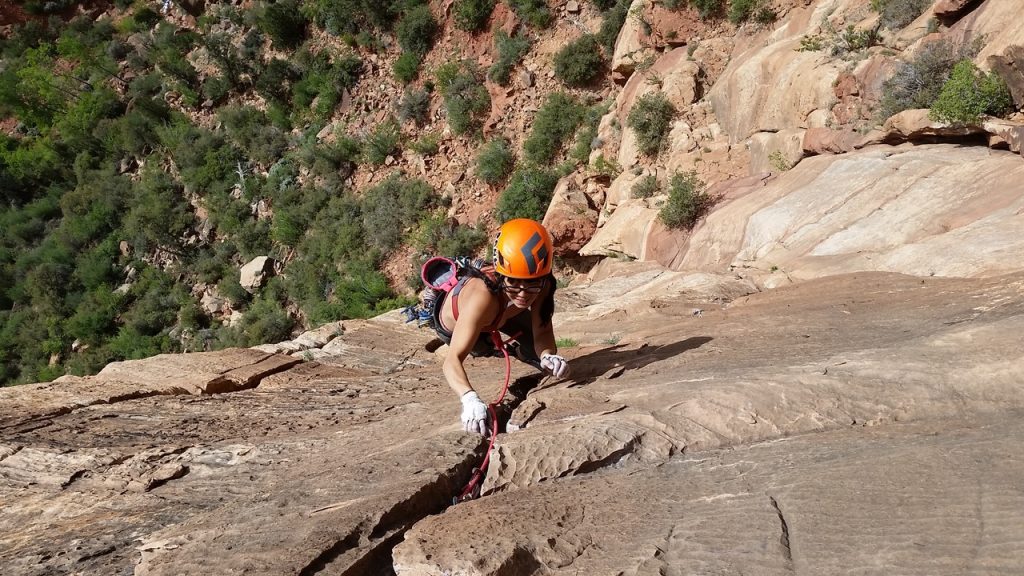 She recalled climbing at Lumpy with a friend who also happened to be male. Her partner was pretty new to trad climbing and so Sarah led everything that day. Eventually, they came across another party, both male, who asked them about their climbs. They presented every question to Sarah’s partner, who deflected to Sarah.

That assumption was wrong. The assumption that in a climbing duo comprised of both male and female partners, the girl is "just the girlfriend" and out for a fun day of top-roping and not carrying the team is wrong. It happens quite frequently.

After realizing these speculations are pretty prevalent, it made me cherish my Zion trip with Sarah even more. Both of us carried our own weight. No guy putting up the rope for us. We scouted and researched the climbs we felt would push our limits, and we got up the damn things because we are motivated. AND we're girls.

But who knows, maybe one day I'll go and try The Headache. Maybe my partner will even let me lead all of the pitches.

Want from our intrepid team of outdoor ambassadors?

In 2017 my wife Chelsea and I were fortunate enough to welcome our daughter into the pack. Long...
Read More

Everybody Melts Sometimes: Dealing with a Young Adventurer Losing it on the Trail

Adventuring with your littles is one of the greatest joys of parenthood. Whether you are hiking,...
Read More