Published by Aparna Rajagopal-Durbin & Family on Sep 28, 2015 6:29:34 PM
Now on the cusp of eight years old, Kieran has traveled in and with Deuter kids packs since he could toddle up trails. 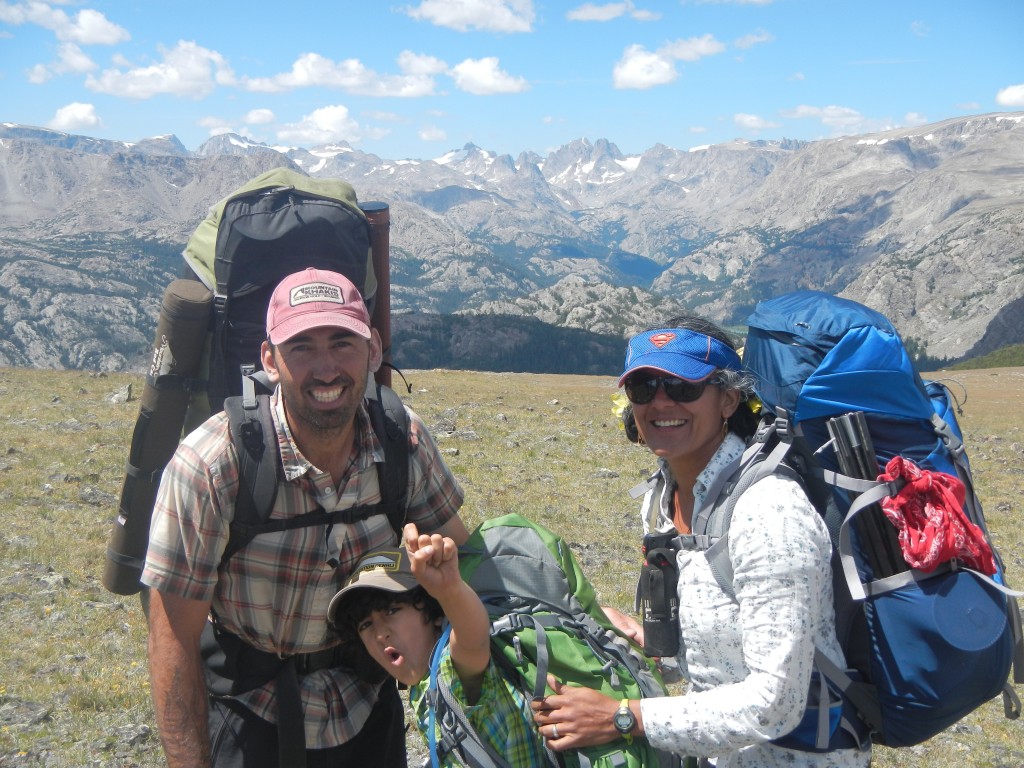 Quick flash back. It’s 2012. We spend two weeks with 4-year-old Kieran, our dog and two llamas in the Wind Rivers, hoisting Kieran in the Deuter Kid Comfort 2 while saddling him with his very own Deuter Junior. We decide to make it an annual thing.

Fast forward to 2013. We ditch the Kid Comfort 2 and make 5-year-old Kieran hike the whole way (over 20 miles) with a Deuter Fox 30 pack. We do not ditch the llamas.
Fast forward to In 2014. We add the Rangitch-Tibbets family to the equation and experiment with some off-trail travel to see how 6-year-old Kieran and his Fox 30 will fare on boulder fields and in thickets instead of maintained trails. Kieran crushes it. The llamas do not. We decide to ditch the llamas. We do not ditch the Rangitch-Tibbets family. 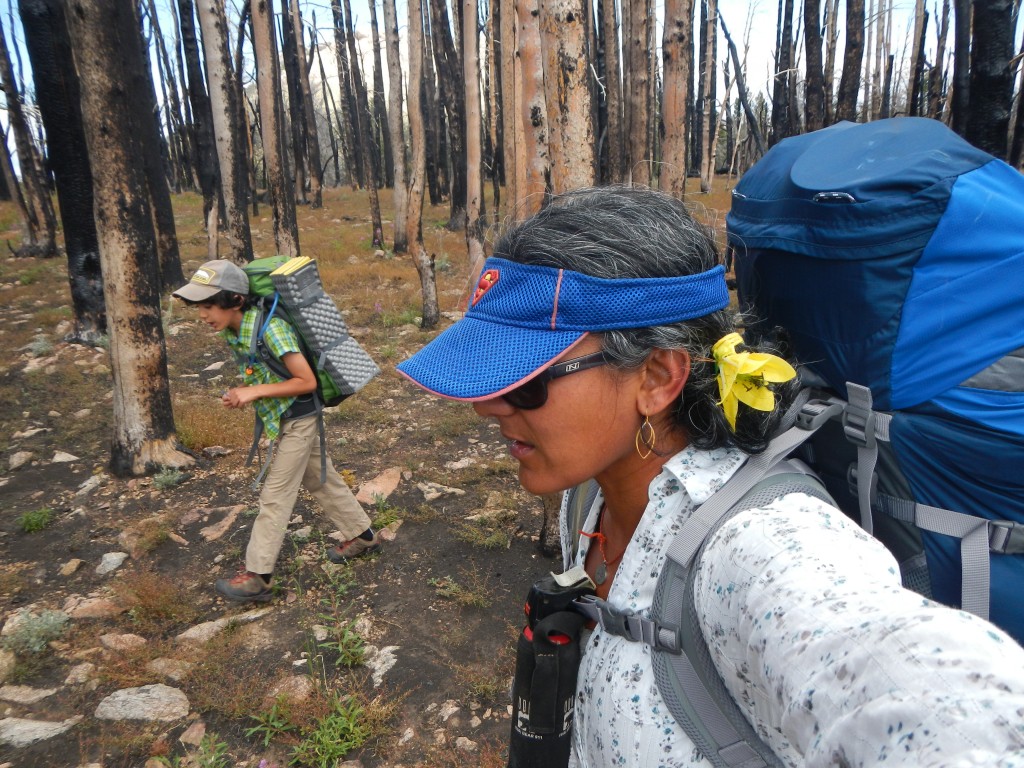 Every year we up the ante on the challenges to which we subject our son and our packs in the backcountry. And this year brings a whole new challenge. With the Rangitch-Tibbets family (who have a 6 year-old and a 2 year-old) and two dogs we decide to explore a remote area of the Wind River Range, traveling off trail for a good part of the way. We ditch the llamas and carry our own gear. Kieran has graduated to the Fox 40, I have graduated to a big ACT Lite 70+10 pack after having had the luxury of going light for years with a little llama help. 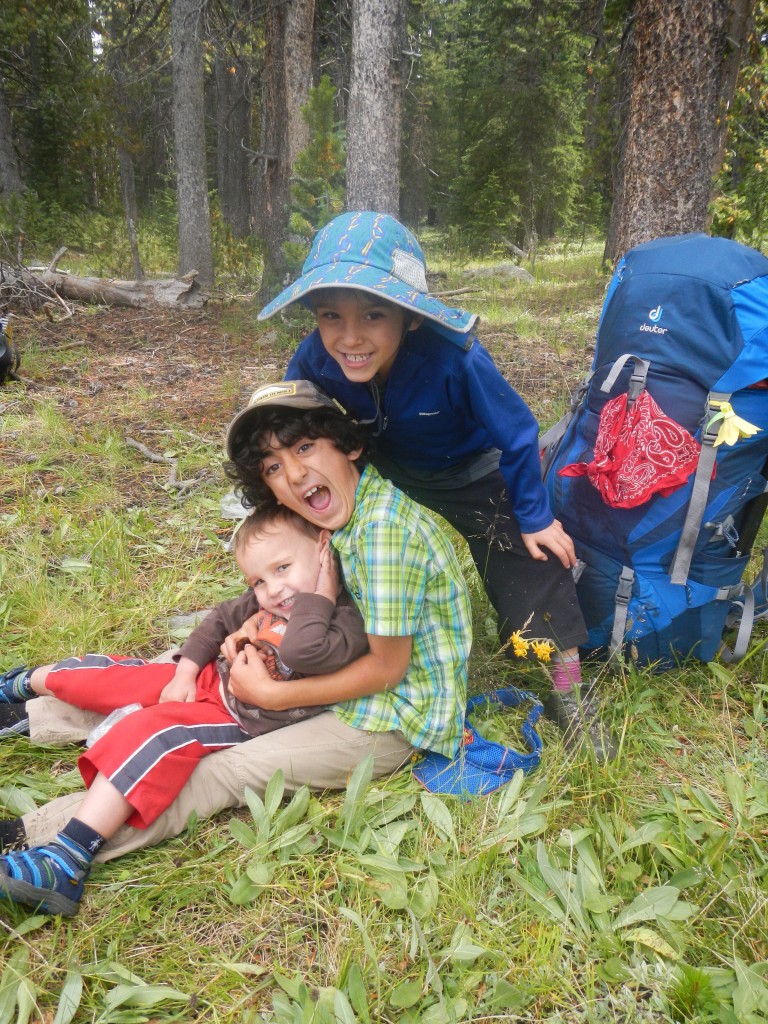 Long grueling hiking days with heavy kids packs and whiny kids can be as painful as getting your teeth pulled, the old fashioned way. Tantrums abound. Perhaps taking a cue from tree sitters, kids decide to picket on tree stumps along the way, refusing to move. One kid hates getting his feet wet, which, by the way, happens a LOT when you’re traveling off trail through meadows and across creeks. Kids compete to be the “first hiker” on the trail, losing their cool when they are outpaced by anyone else (including the dog). The oafish dog Nacho has no sense of how much space he takes up and ends up careening past us with his heavily laden pack, constantly bowling kids over. More crying ensues.

Seven Tips For Hiking with Kids

Fair warning to all of you families who try to push the limits: 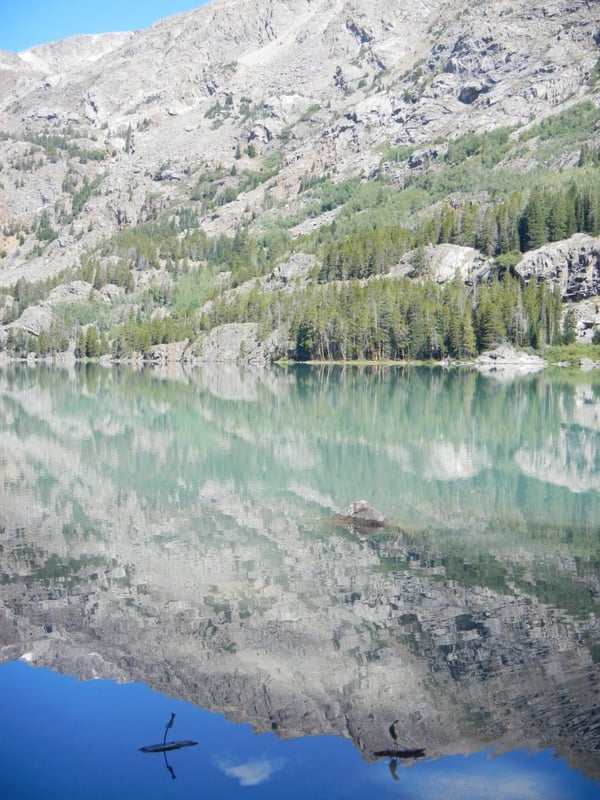 Bottom line is to keep pushing yourself and your family and you’ll be surprised what you’re capable of doing.
Tags: ACT Lite, ambassador, family, Kid Comfort 2, kids packs, Wandern
Back to Blog

To many parents, the thought of taking a long road trip with young kids and spending countless...
Read More

Prior to having kids I enjoyed going on long day hikes and overnight backpacking adventures. With...
Read More