Climbing Armenia With The Guide 35+

When my client emailed expressing a desire to climb in Armenia, I wasn’t even aware there was much climbing in the country. But a short seven months later and I’m boarding a plane with my companions: a Deuter Guide 35+ packed to the gills coupled with a duffel replete with bolts.

Armenia is a former Soviet State; a fact you can’t mistake given any amount of time entrenched in their rich culture. Everything gets done--just not very fast. Breakfast at 8 a.m.? I don’t think so. The hard-working wait staff are happy to oblige, just not before ten or so. One morning, as I’m itching to hit my project in Noravanq canyon, my math concluded that one could easily drag breakfast into lunch and then with a few minutes wait, you’re ready to order supper: a hearty meal of eggs, lamb, and tahn—heavily salted sour milk made from yogurt leftovers—Yum! 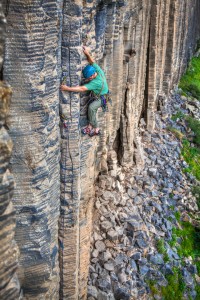 The Armenian people are very friendly and try to give you everything, even if they don’t have much themselves. The still-developing economy hasn’t allowed people to recreate in the same way Americans do. Therefore climbing hasn’t developed much past what the Soviet “climbing” teams accomplished in communist years. (See karstendelap.com for more on the accomplishments of the Caucasus climbing team). That's a shame because there are infinite possibilities in this small country surrounded by mountains and chock-full of gorges.

Our climbing adventure started in a gorge that runs through the capital city, Yerevan. Hrazdan Gorge contains miles of cliff line but you’ll spend time sifting through the choss. We put a few lines up here on the ok rock, but we headed out of the city for the real adventure.

Mkhitar, the local climbing guru, took us to the ever-famed pillars of the Garni Gorge. This area is a national monument and therefore bolts are undesirable on the majestic columns. The Basalt pillars are amazing to climb and they also bring tourists from all over who simply picnic and stare. Most of the seams are incipient and require long runouts over small gear. Oh, and did I mention, many pillars are not particularly attached to any other. Garni is stunning, quite exciting and a place one must visit as a climber or as a tourist.

Foot bridges… Good grief. To access easier climbing in the Garni as well as most of the climbing in Arpa Gorge, one must cross foot bridges over solid class IV whitewater. These “foot bridges” are really just a bunch of gerrymandered sticks and chicken wire intermixed with bike parts. One might consider this the crux of the entire day as some slack-lining experience is a must. 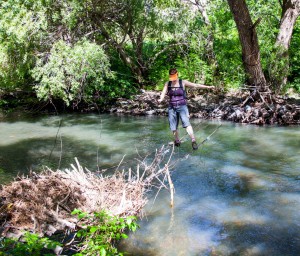 We stayed a few different nights in a wonderful quaint lodge just outside Noravanq Canyon. This gave us great access to—in my opinion—the best climbing areas: Noravanq and Hell’s Canyons. Noravanq was only a walk out the back door and offers everything from single-pitch sport to multi-pitch trad limestone climbing. This area was used by Soviets for training and so there is an abundance of history here combined with enough rock for a few days time. I was able to put up a really aesthetically pleasing mixed trad and sport route here called Rainy Day. This was my favorite of the trip. A short drive takes you on over to Hell’s Canyon which boasts great single-pitch sport routes as well as the country’s hardest route, an as-of-yet unsent 5.13+???. Pocket pulling on great limestone with impossible to beat views, who wouldn’t want to climb here! 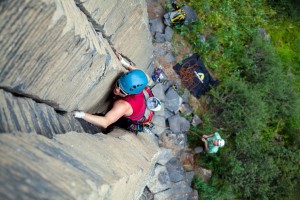 Given the promise of the areas that we were able to explore out of the car or within a mere ten-minute approach; I am confident there are twice as many possibilities if you are willing to put in just a little more effort than our short trip afforded us. I am hoping to head back next year to the climbing festival that is held every other year and aptly named the, Armenian First Ascent Open Festival. For more information see uptherocks.com.

–Karsten Delap (Outdoor Ambassador), read more about Armenia and climbing in the country on Karsten's Blog.

Pack your rack and head for wild adventure!

Many folks have not tried ice climbing because they are afraid it will be too cold. But with a...
Read More

Ode to Spring: A Season for Any Activity

Something seemed to awaken inside me as I drove my station wagon up the dusty, bumpy dirt road at...
Read More