After spending eight days in the Faroe Islands this past June, my takeaway is this: It's incredible. It could very easily be a world-class hiking and backpacking destination. The trails are there. The infrastructure is there. The mind-blowing scenery is most definitely there. The biggest thing that's missing is the organization of the trails and hiking paths that already exist. It would help make it more accessible for beginner or intermediate hikers.

With a little investment, the Faroe Islands could have an even more polished gem on their hands.

That said, here are three of the hikes that blew us away: 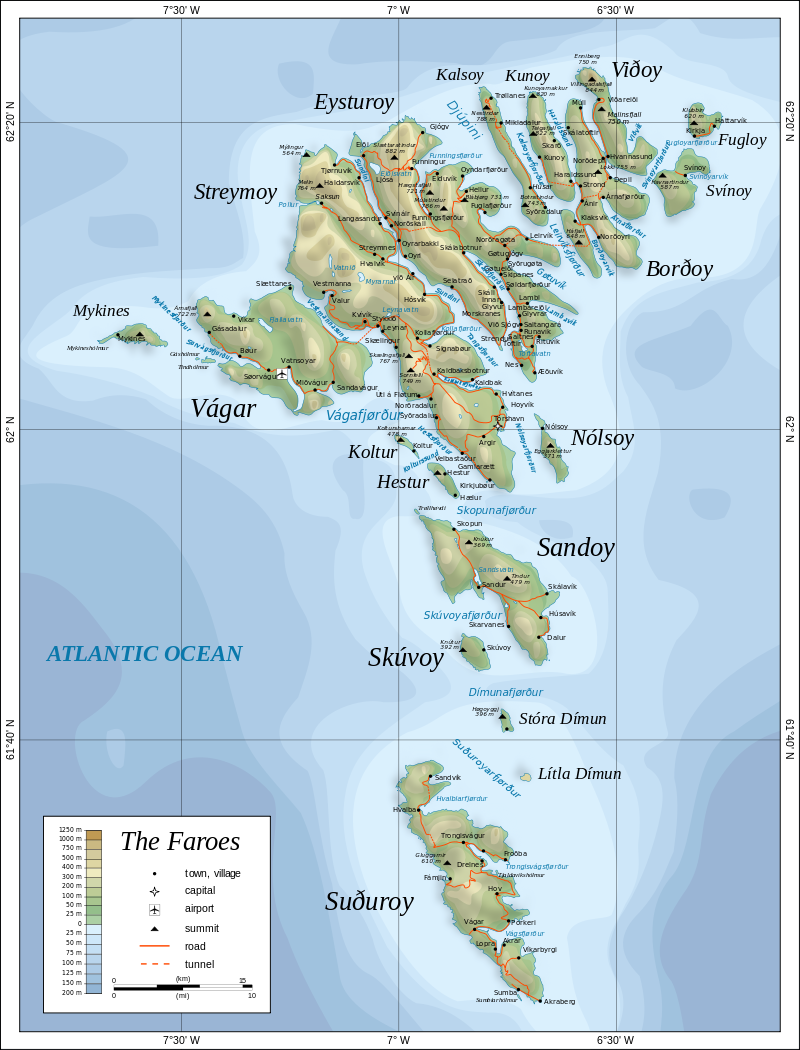 Both Saksun and Tjornuvik – two of the most beautiful towns in the country – sit on the north coast of Streymoy. The great thing about this hike is that you can do it in either direction – as a one-way (with a shuttle), or you can start on either end and do it as an out-and-back. We decided to start in Saksun, hiked to Tjornuvik and returned to Saksun.

The hike was about 8 miles total and gains over 3,000 feet (914m). The start from either village goes straight up. Something to be prepared for.

Also be ready for sweeping views of the lagoon and ocean below Saksun, the wide open valley between the two towns, and then over Tjornuvik once you crest the pass and descend the other side. It's like three different hikes in one, which is why we liked it so much.

Pro tip: When you descend into Tjornuvik, be sure to stop and grab a homemade waffle from the old man in the village. You'll know it when you see it.

Slaetturatindur: The Roof of the Faroe Islands

At 2887 feet (880m), Slaetturatindur is the highest peak in the Faroe Islands and is quite the challenge to hike from the small town of Gjogv. Be prepared for steep terrain and a long hike – one that will certainly push your limits! For those that don't want to hike from the coast, you can also do the hike from the pass on the "main road" to Gjogv, which cuts the hike in half and keeps the vertical climbing to a minimum. But it's still steep.

This trail was easily the steepest one we've climbed anywhere in the world. In some spots it seemed as if we were climbing straight up a wall. Just like most of the hikes in the Faroes, the views from the trail here are insane: the landscape is wide open, so it's a feast for your eyes the entire time.

When we hiked Slaetturatindur, it was a fairly overcast day and the clouds were zooming by the entire time. Once we reached the summit, we were socked in... but because it's the Faroes, the weather changes constantly. The clouds would occasionally break, and we were rewarded with amazing views down to the coast and to the peaks around us.

Pro Tip: The town of Gjogv was our favorite in the Faroe Islands. Be sure to save some energy to walk around and explore. The coffee shop in town also serves a mean cafe latte.

Just a 20-minute ferry ride from Klaksvik, the island of Kalsoy is straight out of Jurassic Park – seven miles long and about half a mile wide with mountains that rise straight up from the ocean. The main draw on this island is the tiny Kallur Lighthouse on the far northern coast. To get there, you have to drive through four one-way (unlit) tunnels which is an experience in itself.

The hike to the lighthouse is pretty straight-forward: from town, you simply go through the gate at the end of the dirt road and follow the well-worn footpath. There are a ton of different options to explore, and you can gain several different viewpoints throughout the few hour hike. The main attraction is the lighthouse and the multiple vantage points and ridges that surround the area. If the weather is poor, be sure to wear shoes or boots that have good tread – it can get super slick out there.

The views at the lighthouse were some of our favorites. Looking east and west towards the other islands or looking back at the lighthouse, the scale is just incomprehensible. The lighthouse is quite small, but it looks even smaller when its dwarfed by cliffs that are over 2,000 feet (609m) high.

Pro Tip: Be sure to hike along the various ridges surrounding the lighthouse. The views seem to change with every step you take.

For our Faroe Islands adventure, my wife was using her awesome Deuter Speed Lite 22 SL and I used the Speed Lite 24 to carry all of my gear and photography equipment.

Steve Mokan currently lives in Eagle, Colorado with his wife, Sarah, and two year old chocolate lab, Avery. When he's not running an adventure travel company (Chasing Epic), he loves to travel internationally, explore new places, and take as many pictures as he can. See more of his photos on his website – www.stevemokanphotography.com.

Interested in writing for the blog? Don't be shy. Send us a good story. We'll send you a backpack if we choose to publish it.

Becoming a Parent, And The Best Baby Gift You Can Buy

“Where do I get one of those packs?” “We just had a little girl. When can I put her in one of those...
Read More

Returning to Red Rock with the Sunrise Baby

Words: Blair Haddad Photos: Benny Haddad The last time I got to touch the smooth sandstone of Red...
Read More

Guest Blogger: What the Right Pack Means in the Leadville 100